In the Rockford, IL region we often experience periods of extreme cold and wind during the winter months. This has been true for the past few winter seasons, including the 2020-2021 winter.  This type of weather takes a toll on humans, animals, and plants.

Some bushes have had a hard time recovering. This may include the Euonymus alatus, which is more commonly referred to as a burning bush because of its bright red color in the Fall.

The effect of the wind and cold will vary from plant to plant, even in the same yard. Location and exposure to wind are some of the variables.

Is My Burning Bush Dying or Dead?

If you still have bare branches on your shrub, it means some of them have died. As long as those dead branches remain, the plant will continue to try and send nutrients to them.

The best thing you can do is to cut off the dead branches. This will enable the shrub to send new nutrients only to the growing portions and will help push new growth.

If your burning bush has some sparse leaves, cut the bush back to the place where you find the majority of the existing growth. If your shrub looks like the one pictured here you should cut it WAY back. 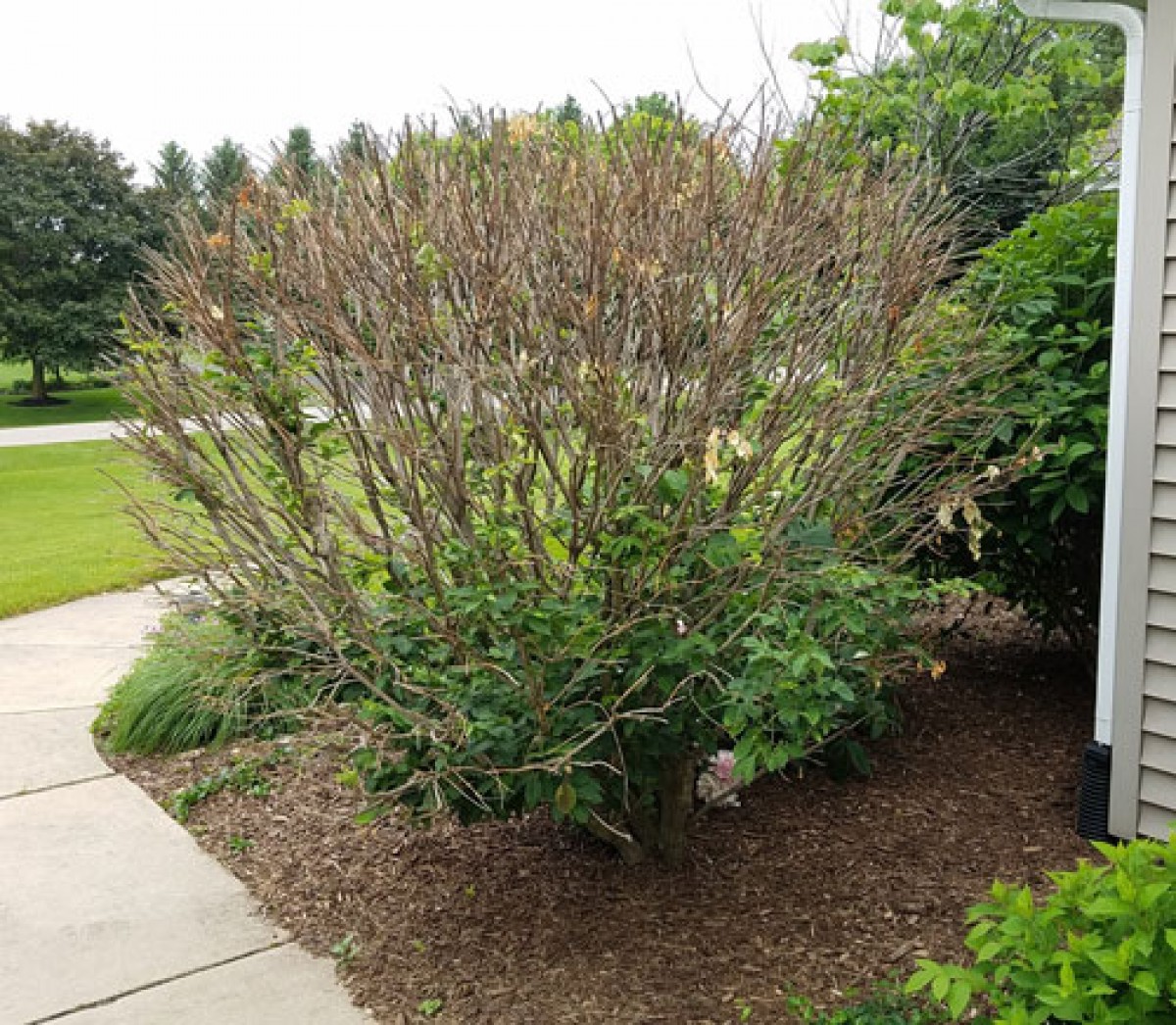 The top of these branches are dead.

If there are leaves, but no clear demarcation of growth, cut the plant back to 1-2 feet from the ground.

It may look funny for the rest of this year, but it will give the burning bush shrub the best chance of a full recovery.

The bush shown above with all the dead branches on top was cut back to about 18 inches. The next year it is coming back, as you can see in this picture. It may take a season or two before the bush receives it full shape again. 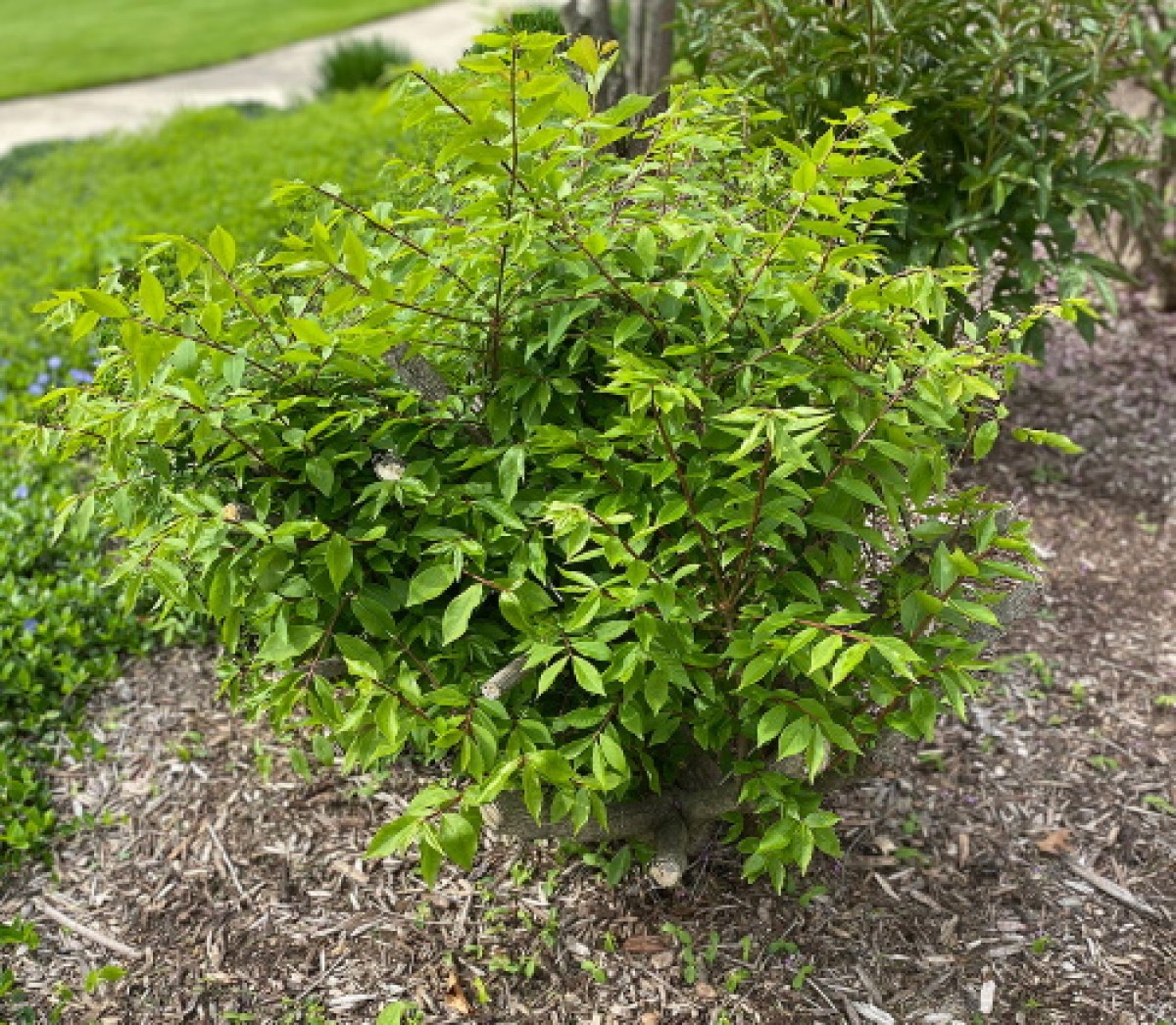 The bush with all the top dead branches was cut back to 18 inches high, and it is returning the next spring.

Even the four burning bushes that look completely dead (in the article header image) are coming back! Their branches were also cut back to about 18 inches from the ground. In the spring, they developed new growth as shown by this picture. 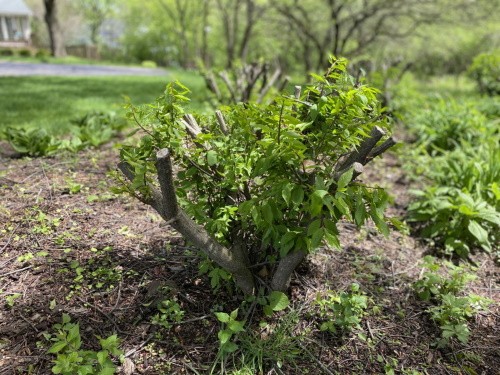 Burning bush that had been feared completely dead was cut WAY back. The next spring new growth returns.

When Is the Best Time to Trim Burning Bushes?

Pruning your burning bush to maintain the shape or to remove a couple dead branches can be done at any time of year. Burning bushes are not flowering bushes so you don’t have to worry about cutting off flower buds.

Cutting a burning bush way back to 1-2 feet, as described above, is a hard pruning for the purpose of rejuvenation. Really aggressive pruning is best done in the Spring or Fall.

Burning bushes are hardy plants.  But, if you fear the plant is dead altogether, contact us and we’ll be happy to take a look at it for you. 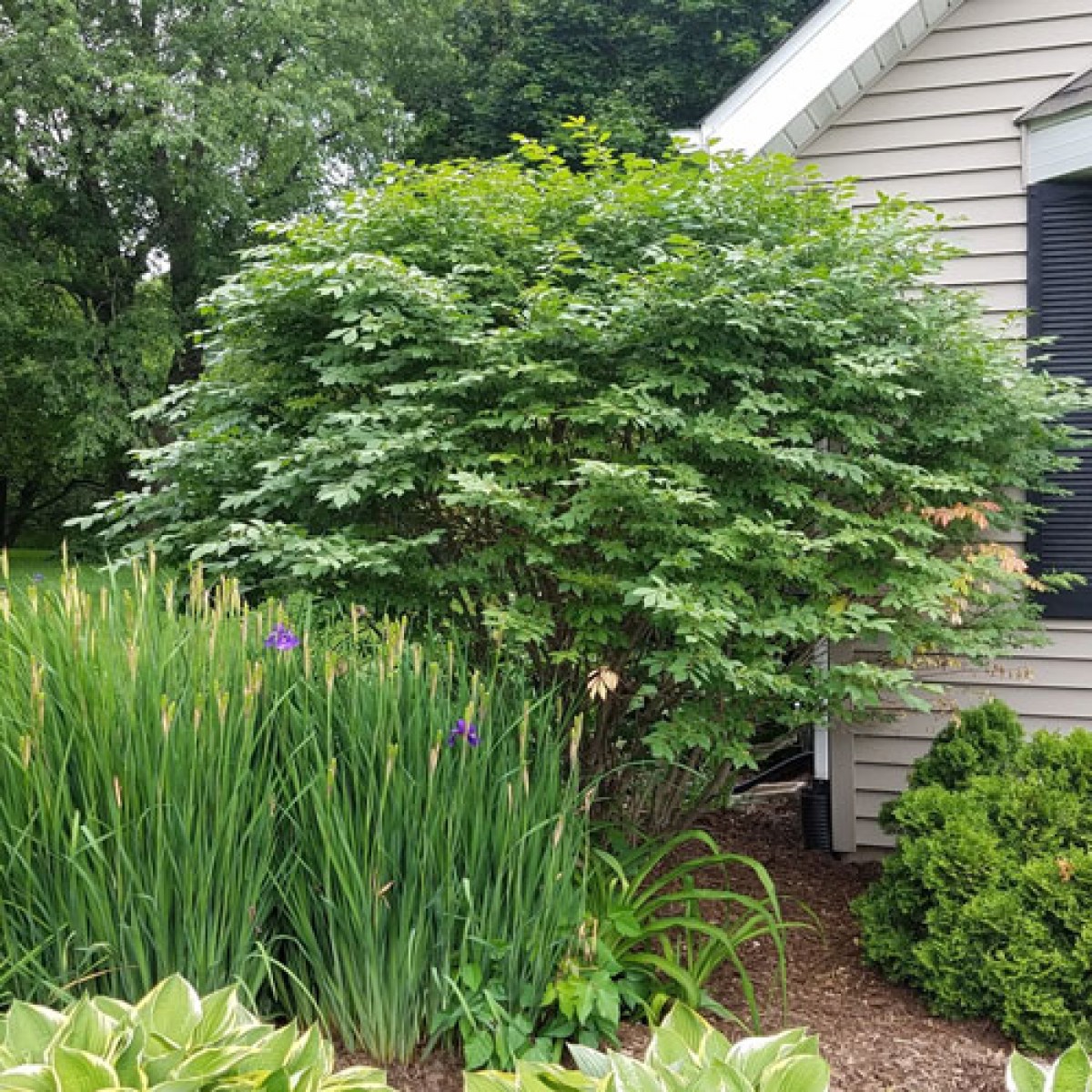 A healthy burning bush shrub in the same yard as the damaged shrub.